Does bumping 16 questions from the unanswered queue, enter the stage where it becomes a little counterproductive?

I've many times bumped up unanswered questions by improving them with edits, and found that they got answered shortly after, so this was indeed helpful. However this time I did 16 questions at once:

Is it beyond the point where it would be optimally helpful? If I were to bump up 5 or 6 questions like this, I'm sure most users would see the 5/6 questions newly at the top of the list and read all titles, but if 200 questions newly appeared at the top of the list, no user would read all the titles (and therefore some of the newly bumped questions appearing towards the end, would not be seen and would therefore not get answers, making the bump-up a waste). So perhaps somewhere between 5 and 200 would be appropriate, but would 16 be too much?

I suppose we'll see what happens (i.e. which questions get answered this time, if any, and which ones get ignored, if any). The reason I did 16 this time was because I wanted to do a bump-up drive back in mid-July followed by another one in mid-August (6 months after the January bump-up and the February bump-up), but then someone else bumped up a bunch of answered questions already, which bumped-down a lot of the newly asked unanswered questions, so bumping-up even more on top of that would seem sub-optimal).

By the way, congratulations Cody on reaching 6999 points!

Update: Question #9 from the top was recently answered by Susi, despite a few other questions gaining a higher position than the above 16 due to having an edit somewhere or being asked at a later time. I may in the future avoid bumping 16 questions up at a time, but it seems that the questions that got answered were spread among the 16 bumped-up questions, so it's not like the list of unanswered questions that was bumped up, was too long for people to read through it.

Update: I bumped up 6 this time, let's see what happens: 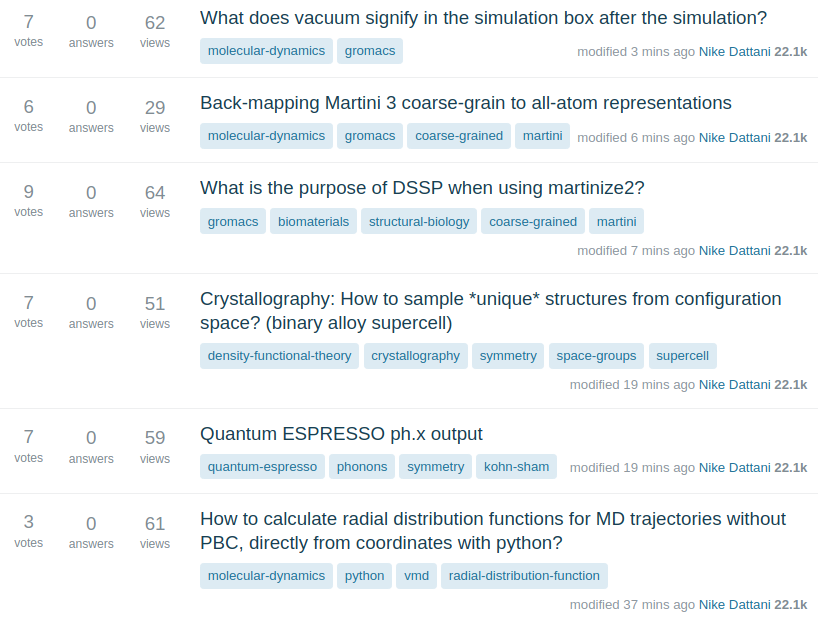 Not the answer you're looking for? Browse other questions tagged discussion unanswered-questions .

15
Better late than too late: Could a single word substitution in our name, be at least considered?
6
Do we want to encourage people to follow this format when giving software (or similar) suggestions?
4
Does the community user not "bump" inactive questions on beta sites?
4
We've never had such a long string of unanswered questions before, what might be the reason it happened recently?
12
We have let our answer ratio slip, let's do something about it!
8
0 Question Days
6
We reached 100 unanswered questions today. Let's focus on answering the unanswered questions!