At what stage would we want to implement a close-vote ban on a user?

First of all thank you to everyone who has been participating in the reviews to help moderate this growing community!

On the Stack Exchange network, there is the concept of banning someone from reviewing. We don't yet have any guidelines on when we'd like to implement such a review ban, and since previous attempts to get the community's opinion on policy have not resulted in any community input, I'll suggest what I think should be done, and invite the whole community to weigh with their opinions. If no one writes any opposition, we will assume the community is okay with the proposal.

First I'll say that out of the 10 last questions to be reviewed without a hammer-close, all resulted in the "leave open" decision, except for one question (the second highlighted question below was decided by a hammer): 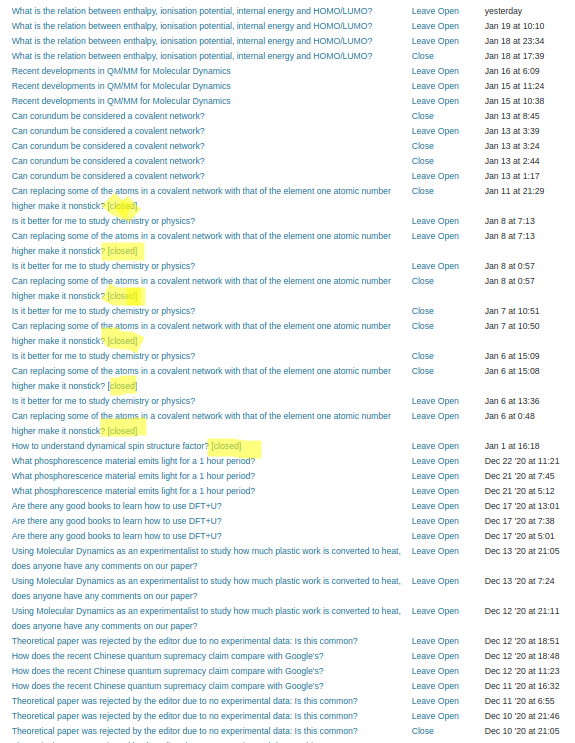 Therefore there's been perhaps someone or some people being a bit too fervent about initiating close-votes, which some reviewers might find to be a bit bothersome, and it may slightly hinder the experience of some of our new users who are contributing questions here only to become disappointed when they see that our community decides to be a bit unwelcoming to the question. But banning people from making the "initial" close-vote is another story, and the only thing I'm trying to address in this post is the question of banning close "reviews", meaning that someone else has already made the initial close-vote.

Now the above screenshot shows a mix of "close" and "leave open" votes. As for a policy for banning close-reviewers, let's start with an extremely lenient policy:

Also as further evidence of people being perhaps a bit trigger-happy with close voting, you can see that we have had 457 close-vote reviews as of 14 January 2022:

At the same time, Operations Research has only 368 (despite being about 1 year older than us and more than 400 questions more than us):

I don't see any argument or reasoning in the question from which this statement follows. How does '9 out of 10 posts in Review resulting in a "Leave Open" state' indicate that some people are too "Close"-happy? If anything, the data indicate the exact opposite (9 times out of 10 users have complete agreement on whether a question should be closed). Stifling different perspectives (in the form of actively suppressing the ability to review of users who don't agree with the majority 100% of the time), especially when they already aren't effecting a different outcome, is dangerous, and leads to groupthink.

How is closing via gold tag powers (e.g. hammer-close) different such that it's not a problem by this metric? Would your concern about the person/people voting to "Close" go away if they suddenly get 1k tag score? If the concern is justified (e.g. you're worried about someone casting the wrong vote or voting for the wrong reasons), then in my view the concern would only grow, because now said user(s) can close posts all by themselves.

If no one writes any opposition, we will assume the community is okay with the proposal.

This is not how Meta consensus is achieved on any other site on the network that I know of. A lack of engagement just means the post was not interesting enough to merit a response; it doesn't mean that everyone's onboard. If they were, they'd have upvoted the post. At the very least, you should be looking at the score of the Meta post (and any answers). Typically on Meta sites, something that only receives a handful of upvotes, net or gross, or has a near equal number of up vs down votes, is not indicative of a consensus. You need a score in the double digits at least, and with far more upvotes than downvotes.

To put it another way, there are 83 views on the question so far, and it has a score of 3. Obviously, some of these will be repeat viewers, some are your own views (as OP you can't vote on the post of course), and some might be visitors. But a good number of them (20k users and moderators may well be able to see more information about this) will be registered users on Matter Modeling who came to this post and, ostensibly, read it and decided it wasn't something they felt they should up vote.

The above concerns notwithstanding, review queue suspensions are "All or Nothing"... you can't suspend a user from only the Close Vote review queue, for example. You can only suspend someone from all review queues.

Considering MM is a newer, smaller site, there are likely to be exceedingly few questions in the Close Vote review queue, but a fairly impactful one in the First Posts, Late Answers, Suggested Edit, and perhaps even Low Quality Posts queue.

Moderators should take care that suspending someone for having a difference in opinion on a question's appropriate status re: open vs closed does not negatively impact their ability to help review in the other, more important and more populated queues.

Not the answer you're looking for? Browse other questions tagged discussion community policies closed-questions .

15
We have work to do! Here's how you can help!
4
If a question already has a good answer, does it need to be closed?

9
New close vote reason for abandoned questions?
5
MMSE Community Promotion Board
5
We hit rock bottom last week, in voting. What can we do now to encourage people to vote more?
8
Changing the way we pin "accepted" answers to the top? (Update)
10
Does the Matter Modeling community want to ban unregistered users from asking questions?