Many of us were sad when Theor. Physics SE was shut down due to not enough activity:

Matter.SE is in Public Beta, which historically, gets promised 90 days with no shut down:

We are in day 78, and our activity level needs to rise significantly.

Many of us have been working ever-so hard behind the scenes, to improve our activity. Not long ago we had only answered 61% of all questions, but with very hard work, we gradually climbed up to 86% on 13 June, then more and more until we reached an impressive 95%: 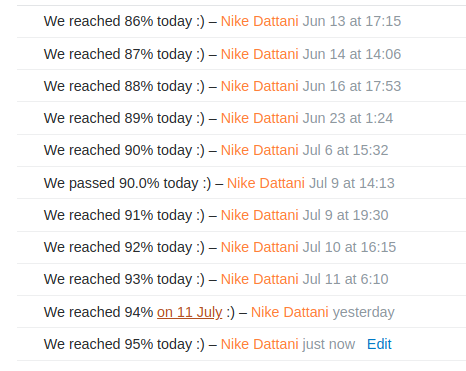 We're now ranked #1 on all of Stack Exchange, for % questions answered on a Science site: 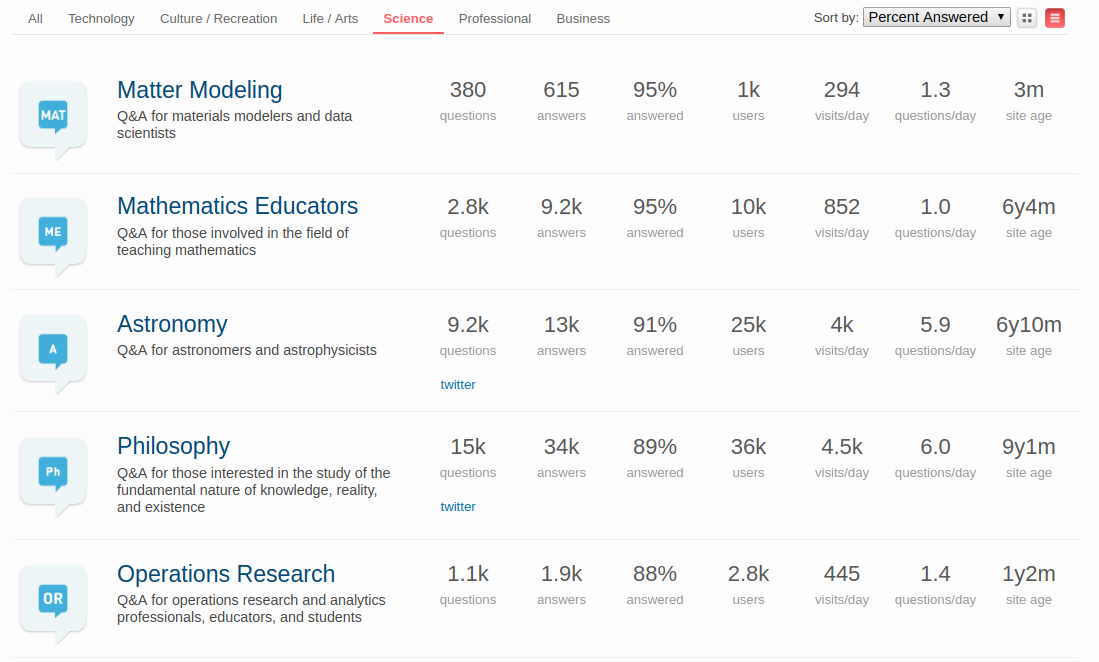 But in the next 2 weeks we need to ask more questions, because of: this!

The really good news, is that if we get 140 more questions before 28 July, we will reach the Stack Exchange requirement for 10 questions/day. This is a realistic goal, that we can certainly achieve if we come together and ask questions!

Everyone here: We are the "co-founders" of this community.

If we want it to survive for future generations, we need to do this!

There is a blog post from 2010 that address this. At it's 89th day, some user of GIS was worryied about the site closure. It was not closed. Nowadays, it is fully graduated and a very important site to SE and to the world. I strongly recommend everyone to check out the blog post for further details.

Also, this was already discussed in Graduation, site closure, and a clearer outlook on the health of SE sites:

Past experience had led us to believe that “small” and “unhealthy” would mean the same thing: we took it as a given that quiet sites would develop spam and obvious broken windows, while high quality sites would always grow big and graduate. But you proved us wrong! Five years later, we have lots of tiny sites which have been in public beta for months or years, each consistently producing excellent Q&A which helps people with real problems. Small, consistently active sites are great!

Also worth reading is Congratulations to our 29 oldest beta sites - They're now no longer beta!

Although the Area 51's stats serves as a crude measurement of site quality. There are many cases of sites that had very low levels of activity and are still thrieving. Even relatively very quiet sites like Freelancing and Ebooks are still open and running for a long time despite having dangerously low stats.

The Theoretical Physics site was living under the time where the Area 51 stats were took too heavily and draconian and its closure was unfortunate. If it were living with present-day standards, it would probably still be open, although would be a relatively quiet site in the network.

The Area's 51 thresholds were defined a long time ago when only a few sites like Stack Overflow, Super User, Server Fault and Math Overflow were successful (and in very different standards than today), together with some ill-defined sites that failed so hard that I even can't find them in google anymore. The thresholds were then very artificially defined based on those sites, and it happens that they are very off from what reality eventually presented. They should be redefined in today's standards. However, as far as I know, Area 51 itself is a maintenance hell full of dragons that no one in SE wants to touch, so its rules are essentially frozen, but many of them are unenforced or enforced very differently than what is presented.

By the way, the Drones site just passed the 90-day and didn't reach the threshold, but it is still running up healthy and I don't think that SE is considering its closure. In fact, I don't remember of a single site that met the thresholds in 90 days, and if there was one or two of them, they were oddballs.

In today's standards, what is important to keep the site running is:

Also, it is important to reference this answer.

NOTE: I'm just a common user and I am not affiliated to SE in any way. However, I am in SE's network for roughly 10 years and participated in a lot of sites, so I have some knowledge about how this works.

Not the answer you're looking for? Browse other questions tagged discussion participation site-stats community .

1
61% of our questions have been answered. Should we focus on improving this?
7
ATTENTION Matter Modelers: Can we ask 30 questions in the next 24 hours?
2
After a successful question spree, let's now clean up the unanswered queue!

7
ATTENTION Matter Modelers: Can we ask 30 questions in the next 24 hours?
8
0 Question Days
6
What can our community do, to get people participating more on our Meta?
2
Why did these questions of mine get a negative score?
0
Does bumping 16 questions from the unanswered queue, enter the stage where it becomes a little counterproductive?